Why New Year’s Eve is the Quintessential New York Holiday

When The New York Times moved to the small triangle of land at the intersection of 7th, Broadway and 43rd Street in 1904, the area was known as Longacre Square. The paper’s owner, Alfred Ochs, wanted a celebration to commemorate the new office. A giant New Year’s Eve party was orchestrated at the foot of the building—the second tallest in the city at the time—with a daylong street festival, fireworks, and hundreds of thousands of revelers. Thanks to Ochs’s efforts and a little help from the New York Transit Authority, which opened the first New York City subway station there the same year, the city of New York was convinced to rename the intersection Times Square. New Year’s Eve was the inauguration of the famous paper at the location now known as One Times Square. 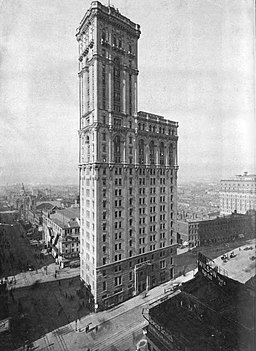 One Times Square, site of the first New Year’s Eve party in NYC

Several years later, when Ochs’s permit for fireworks was revoked, the enterprising newspaperman erected a giant ball on top of the building. The wood and iron ball, outfitted with electric lights was dropped at midnight from the tower’s flagpole. The sparkling New Year’s Eve ball has remained at One Times Square ever since.

For more than 100 years, millions of people have flooded these streets on December 31st to celebrate the few moments that connect one year, one decade, or one millennium, to the next. Today, The Knickerbocker is proud to continue the tradition, hosting one of the city’s most lavish New Year’s Eve celebrations. On New Year’s Eve, our guests at our exclusive soiree will have unlimited access to a top shelf open bar, hors d’oeuvres and food stations from master chef Charlie Palmer, and live entertainment. And when the party ends in the wee hours of the morning, the luxurious rooms and suites of The Knickerbocker await just downstairs. Don’t miss an opportunity to begin your New Year’s Eve Celebration at The Knick!