One of New York’s biggest holiday traditions is to travel the length of Fifth Avenue—and sometimes a little bit off it—to see the spectacular Christmas Windows. This 150-year old tradition began with the windows in Macy’s Herald Square and has proliferated through the spirit of New York Christmastime shopping. Here are the must-sees this year, in all their festive glory.

Our Favorite Holiday Window Displays on Fifth Avenue (and beyond) 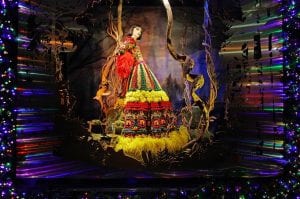 If Tiffany & Co.’s blue boxes make you giddy with glee, then the flagship store’s windows on 57th Street are where to go, stat. Glittering baubles and stacks of tiny boxes fill the windows in settings from a workman’s shop to an open safe. Along with the crystalline starbursts lighting up the sides of the building, and a Christmas scene has never been more iconic. 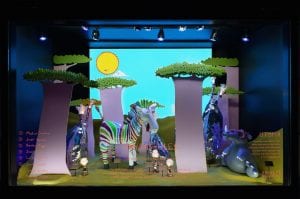 The Barneys New York windows on Madison Avenue are bedecked with psychedelic whimsy thanks to the artful Haas twins. Bright and cheerful characters like a multicolored zebra named Rainbow Baggins spread the message of love and peace for all. 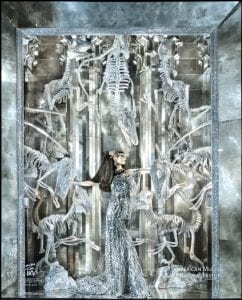 The fantastical windows at Bergdorf Goodman on Fifth Avenue at 58th street tell a story of New York through its renowned institutions. The seven windows combine art, fashion and design with topics like history, music, and film, and are dedicated to organizations like the Brooklyn Academy of Music and the American Museum of Natural History. 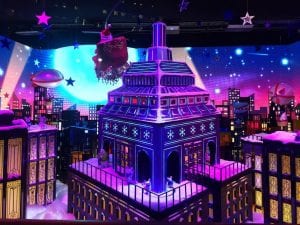 Visions of Christmas in New York and the wonder of gift-giving fill the windows of Macy’s Herald Square. Santa and his elves, reindeer pulling sleighs, musical polar bears and more celebrate the magnanimous season on an intricately detailed backdrop of New York. 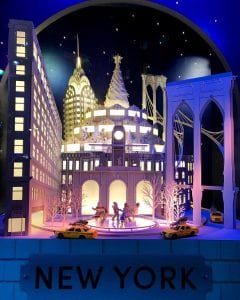 Best and the Brightest is the theme of this year’s Lord & Taylor window display along the stretch of Fifth Avenue at 38th Street. Snow globes are the medium through which Christmas magic and snowy city and woodland-scapes fill the bright windows just south of Bryant Park.