From the end of November to the New Year, the streets of Manhattan become a twinkling wonderland of winter-time cheer. Nighttime lights, giant Christmas trees, and windows decked out in their holiday finest make the holidays in New York City a season of epic proportions. That’s why smart travelers come with a list of quintessential New York things to do during the holidays — so they can be sure not to miss out on a single one.

Here, for your convenience, is The Knickerbocker’s list of can’t-miss things places to see and things to do in New York during the holidays. (Keep reading till the end to find even more holiday-related stories!)

You’ve seen it on TV, you’ve seen it in the movies, almost no shot of New York during Christmas is complete without a spotlight on the magnificent, 75-foot Christmas tree, a tradition that’s graced the plaza since its first year in 1931. Plan wisely to visit during non-prime time hours to see the tree in all its glory. A good shot is from Fifth Avenue through the Channel Gardens with their trumpeting white Christmas angels. 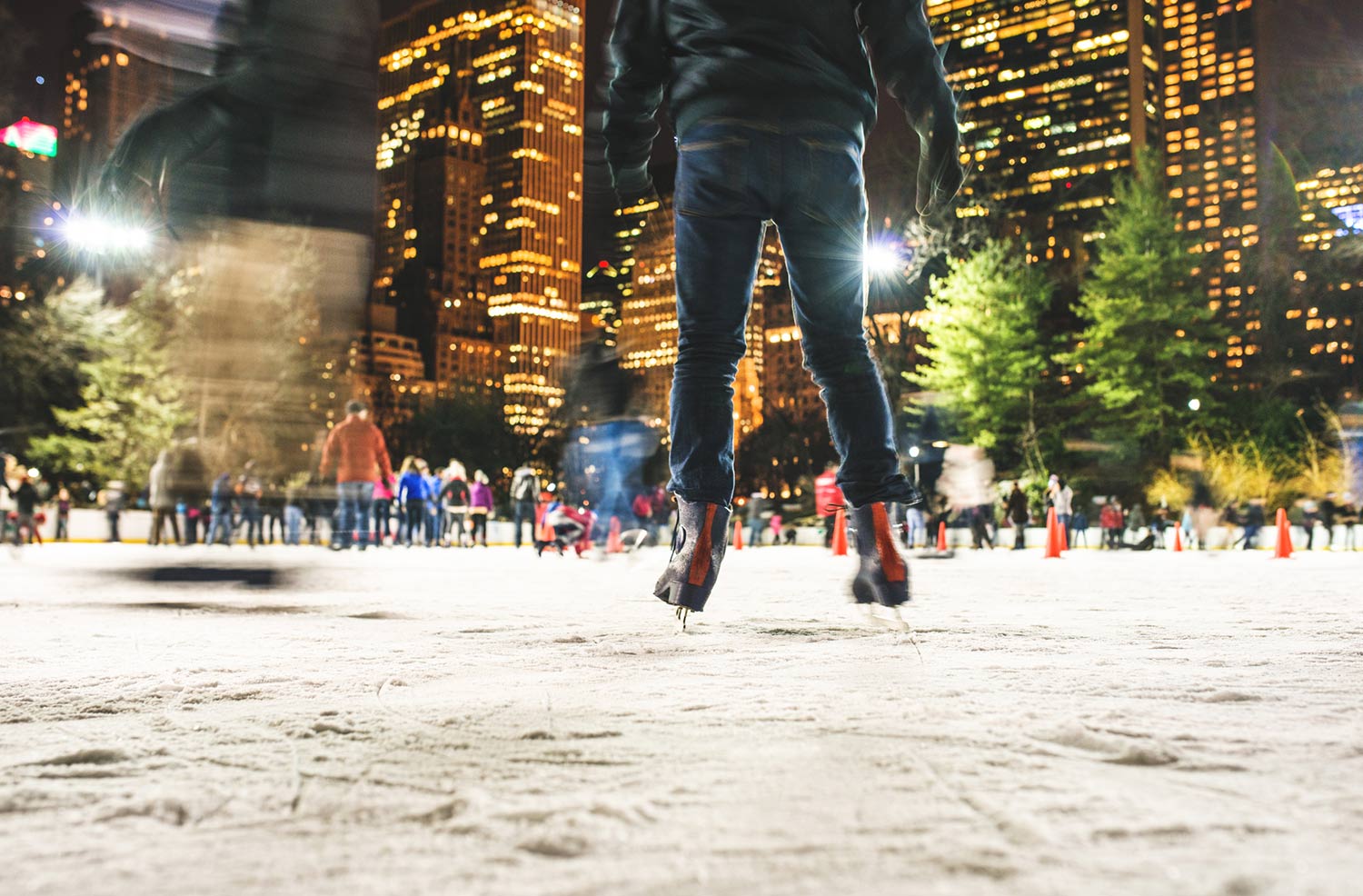 Yes you can ice skate at several locations throughout the city, including the popular Rockefeller Center rink, but Wollman Rink is about four times the size and nothing beats the special holiday feel of open-air skating surrounded by trees in Central Park.

We don’t know which is a more delightful Christmas experience — the insides of holiday-bedecked department stores or the fantastically creative window displays outside. Pro tip: Make two trips — one to see the windows and another to do your actual shopping. A certain stretch of Fifth Avenue is your best bet for hitting some of the city’s most fantastical displays. Start at Macy’s Herald Square and head up Fifth Avenue stopping along the way to see Lord & Taylor, Saks Fifth Avenue, Bergdorf Goodman and ending at Tiffany & Co.

For indoor treats, there’s no better place to behold the fantasia that is German-style Christmas than at Rolf’s German Restaurant near Gramercy Park. Stop in for an eggnog or a full Bavarian meal and enjoy the eye-candy environs festooned with Jurassic-sized garlands of lights, balls, and icicles.

All good little boys and girls know that Santa arrives at Macy’s on the morning of Thanksgiving, at the end of the Thanksgiving Day Parade. He sets up shop on the 8th floor of Macy’s Herald Square in a winter wonderland complete with toy shop, elves, ice skating penguins, and miles of toy trains. There’s no better place for your little one to tell Santa her or his wish. Macy’s Santaland is free to enter but you need to reserve a time online starting five days in advance of your visit to see Santa. 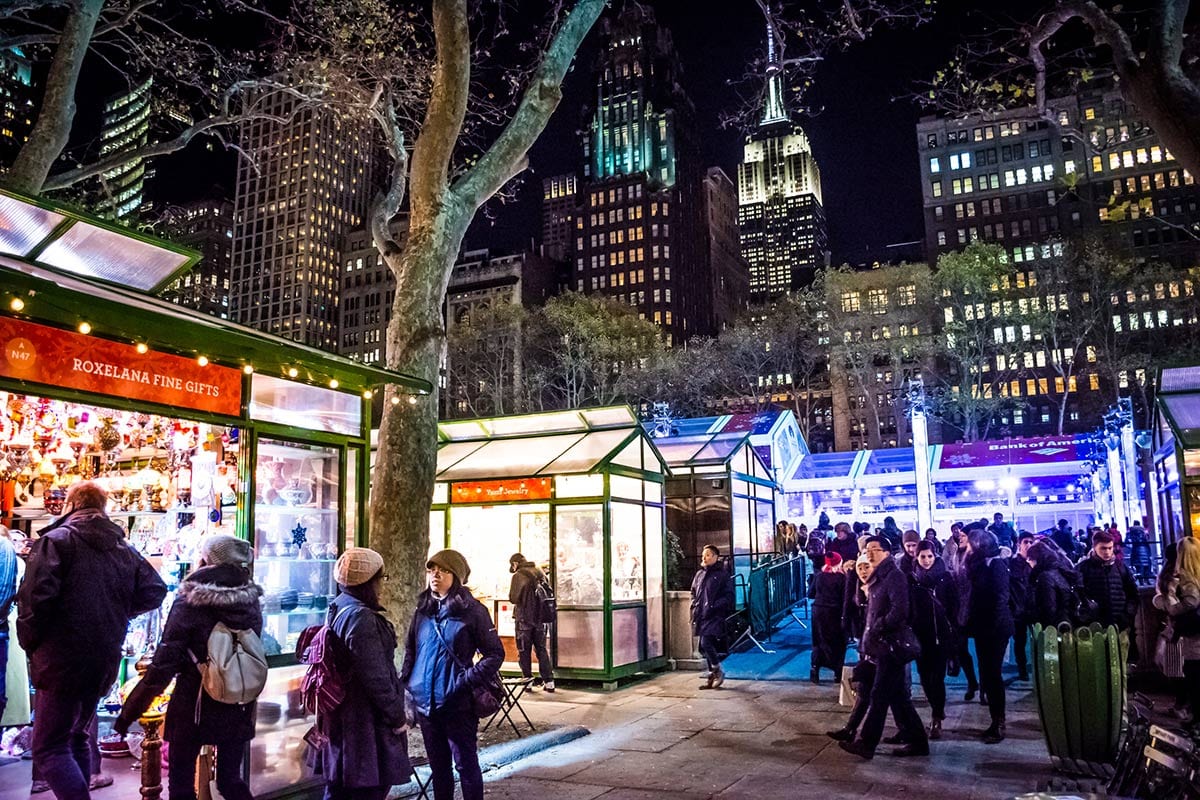 Speaking of shopping, few places offer more creative gifts and better hot chocolate, in a more yuletide setting, than the traditional holiday market. In NYC, you’ll find the best holiday villages in popular parks. Our picks: the Bryant Park Winter Village (in the block right next to The Knickerbocker) and Union Square Holiday Market.

Speaking of holiday decor, there are magnificent trees all over the city. In addition to Rockefeller Center and Bryant Park, you’ll find stately firs in the New York Public Library and, of course, the one gracing the Radio City marquee. Other notable Christmas trees include the tree at Lincoln Center, inside the Museum of Modern Art, and in Washington Square Park.

You may have seen this show plenty of times before, but nowhere does George Balanchine’s “The Nutcracker” come to life in as grand a fashion as at the New York City Ballet’s version at Lincoln Center. With layers of theatrical detail and world-class performers, kids young and old are always delighted. 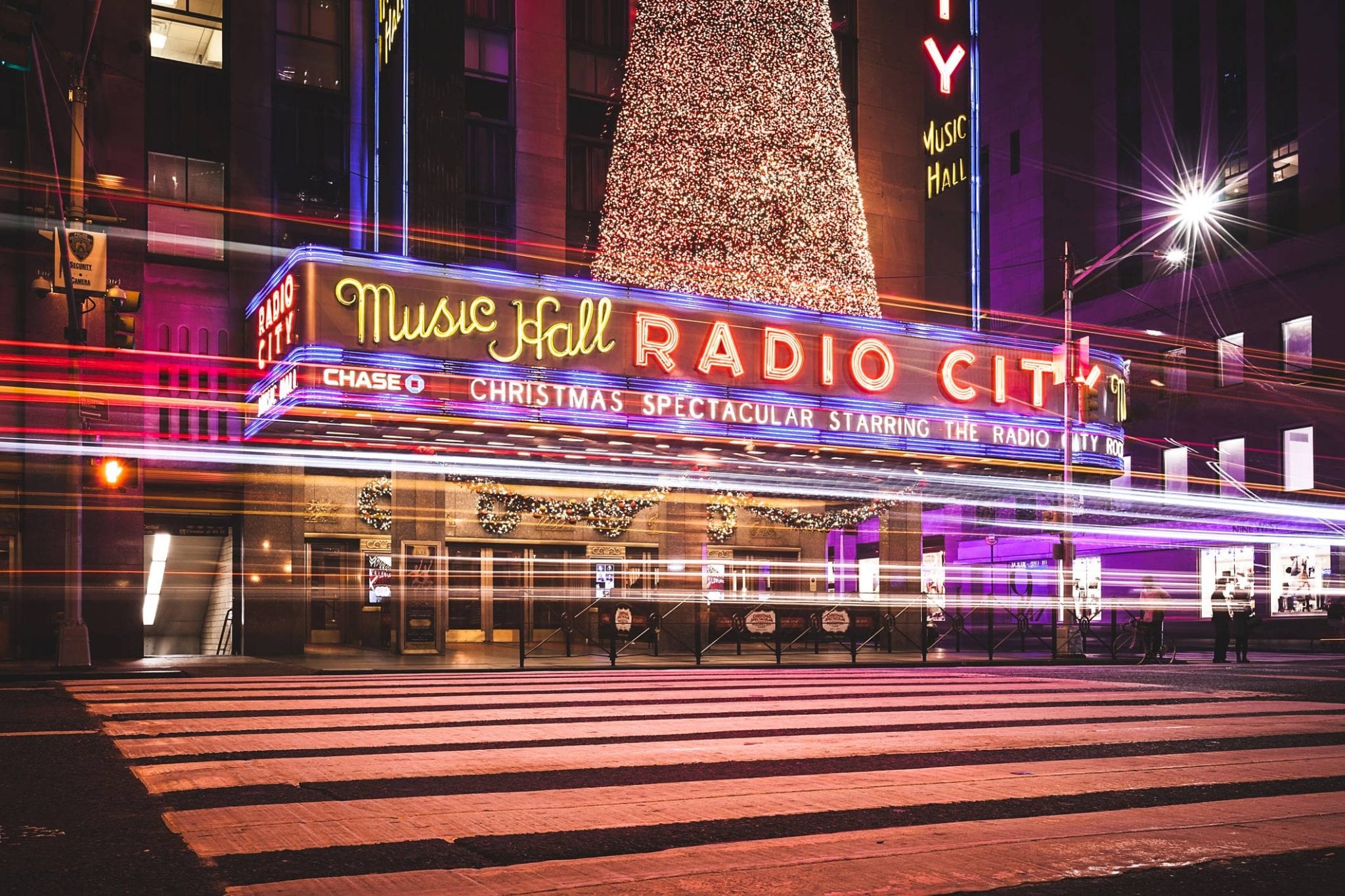 One surefire way to experience Christmas in New York City is with the Rockettes and St. Nick himself at Radio City Music Hall. The Radio City Christmas Spectacular runs from early-November through the first of the year, so there are plenty of options for tickets.

Another great activity for families is the Holiday Train Show at New York Botanical Garden, which features nearly 200 New York City landmarks among its miles of G-scale locomotives and tracks. If you don’t feel like hopping on a train yourself, the NYC Transit Museum also puts up a great holiday train set at Grand Central Terminal.

The holidays don’t end on December 25! On New Year’s Eve, thousands of people head to Times Square to catch a glimpse of the iconic ball drop on the corner of 42nd Street and Broadway. Want to avoid the crowds and have an even better view? The Knickerbocker offers the ultimate New Year’s Eve experience high above Times Square with the closest possible  live view of the world-famous drop. Get your tickets and plan your stay now.

You could visit New York during the holidays every single year and never experience it all. Below are even more guides, tips, and ticks for making the most of the season.

What’s Going on in Times Square This Fall and Winter

Times Square may be best known for its most famous intersection of Seventh Avenue, 42nd Street, and Broadway, where sky-high towers covered in bright billboards and displays light up the streets — or for...