No city would be complete without a planned set of green spaces, and New York City is no exception, with open space accounting for a quarter of Manhattan’s 10,900 acres. Though most think first and foremost of Central Park, look a little further and you’ll find serene and tranquil spaces all around. Read on for our picks of the city’s best hidden parks. 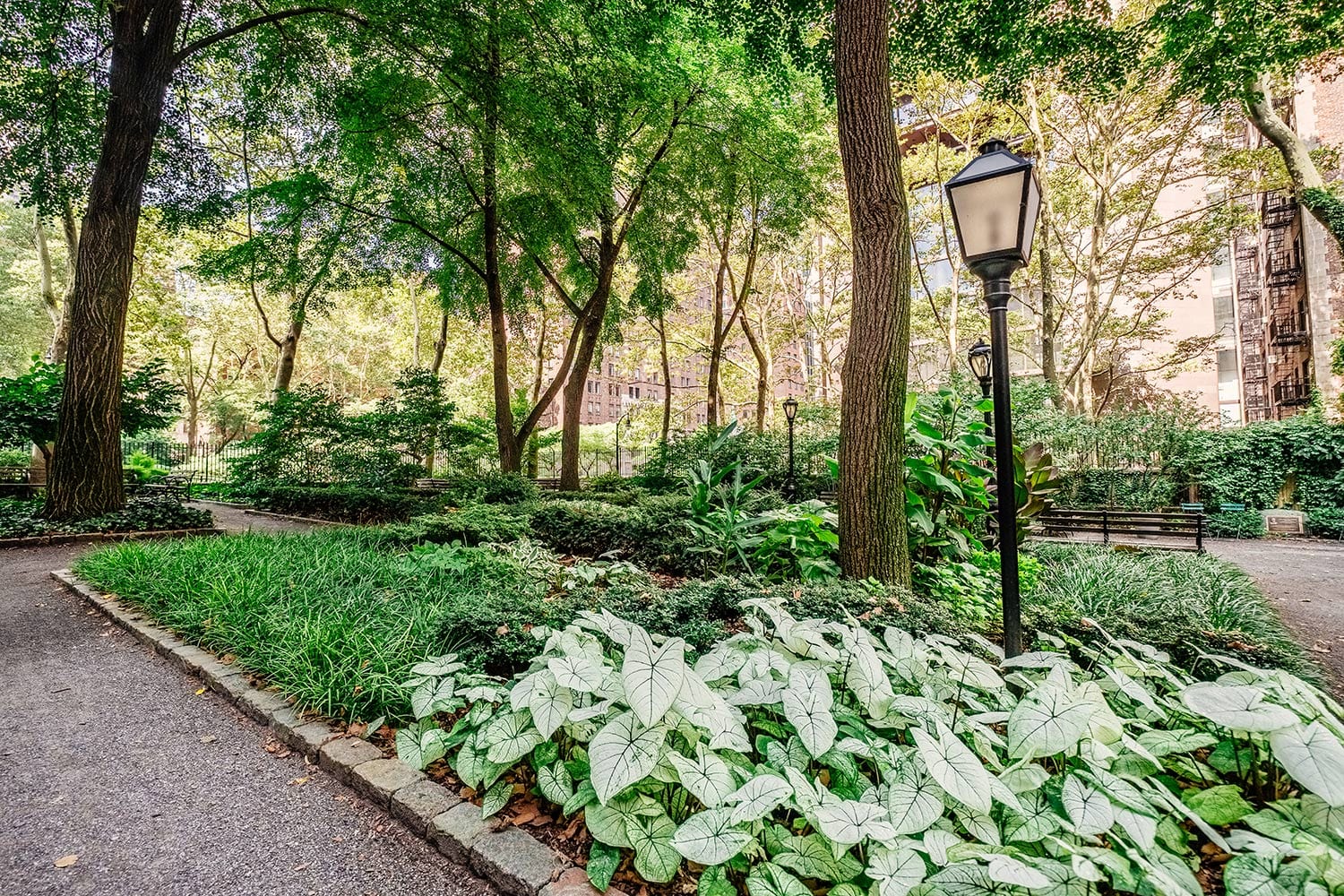 The half-acre of green space across from the United Nations is known as Ralph Bunche Park and it is the city’s first public space dedicated to peace. It’s namesake was a United Nations mediator and Ivy League professor, as well as descendant of a former slave, and the park’s monuments, sculptures and abundant greenery all honor the principles of freedom and peace.

Nearby, the Tudor City Greens are two landmarked private parks in this Midtown neighborhood. Unlike the exclusive Gramercy Park downtown, Tudor City Greens allow the public before 10pm. Take an alfresco lunch among the trees on any of the parks’ bistro chairs and benches. The parks also offer holiday and special events programming throughout the year.

Elevated Acre Park at 55 Water Street is one of those secret spaces that you almost hate to divulge. Located on the third floor of a mixed-use office building, its landscaped deck and wide green lawn are perfect for lounging during prime weather days. Venture up the escalator to find this hidden oasis and take in terrific views of the East River and Brooklyn Bridge.
On the west side of the Financial District you’ll find Rockefeller Park, a wide-open grassland and Irish memorial behind some of downtown’s high-rises. Unlike the crowded Battery and City Hall Parks, you’re much more likely to find a respite here among the wide lawns and water views that are more frequented by locals than tourists. 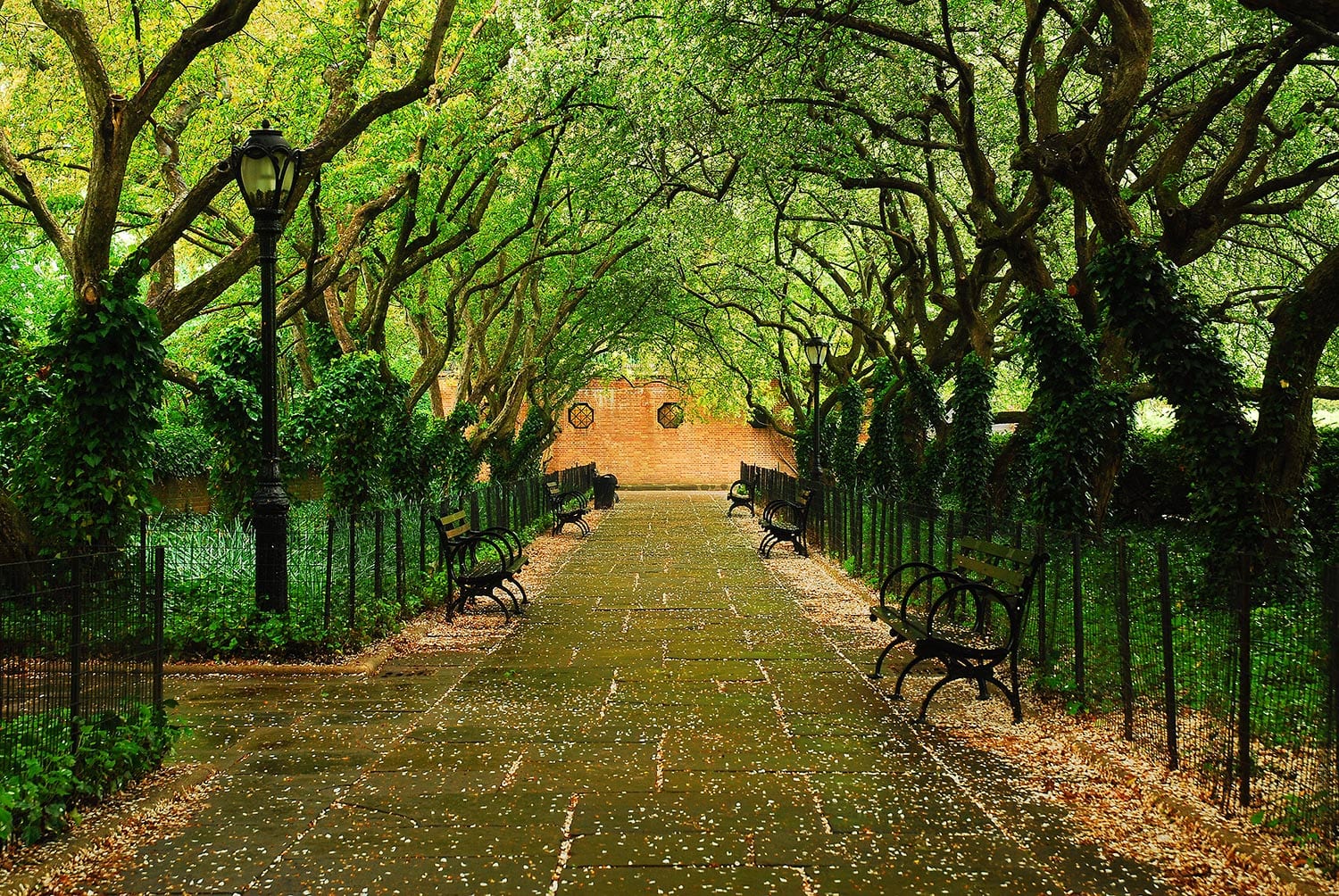 Even popular Central Park has surprises. On the eastern edge of the park at 104th Street, chances are you’ll have the Conservatory Garden almost all to yourself. Tiered hedges, blooming alleys, a towering fountain and wisteria pergola, all make this formal garden a delight to visit. Enter on Fifth Avenue between 104th and 105th streets through the massive iron gate.