Where to Eat at JFK, LaGuardia and Newark Airports

Nowadays, you’re just as likely to find a decent meal at any of NYC metro area’s three airports as you are in the city itself. Celebrity chefs, local names, and actual inventive cuisine have landed at the terminals. For one time visitors, the change is much appreciated. For business travelers, it’s a blessing.

Here’s where to eat at JFK, LaGuardia and Newark airports.

Where to Eat at JFK 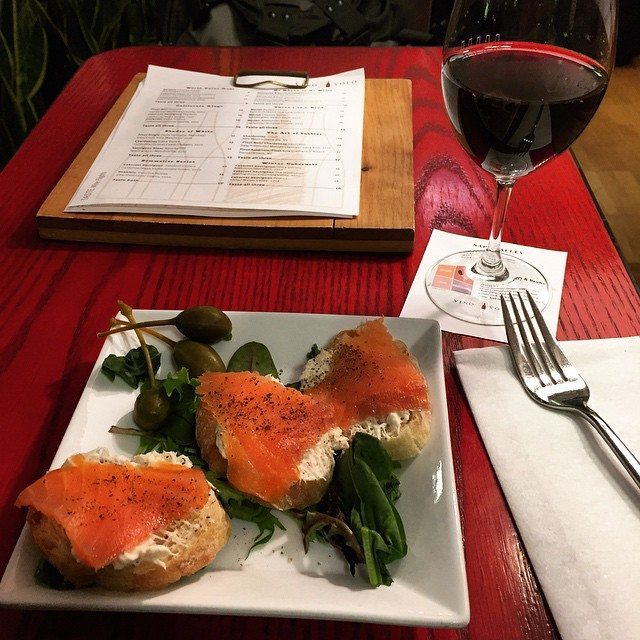 Nearly every terminal (sorry, Terminal One) has something worth trying. Terminal 2 has Andrew Carmellini’s French sandwich spot Croque Madame for morning travelers; Terminal 8’s Vino Volo has been placating fliers with glasses of wine since 2007; and Wolfgang Puck’s express outpost in Terminal 7 has fresh-grilled pizza that rivals the pies in Manhattan. But it’s terminals 4 and 5 that win the eating game. Danny Meyer rules Terminal 4 with his burger sensation Shake Shake and barbecue hot-spot Blue Smoke. (To really experience Marcus Samuelsson cooking, skip JFK’s Uptown Brasserie and make the trek to Harlem instead.) And in Terminal 5, Minetta Tavern alums Riad Nasr and Lee Hanson opened La Vie, a French bistro serving light salads and grilled sandwiches. Another popular Terminal 5 option is Deep Blue Sushi—although allow yourself extra time for this one, service is notoriously slow even if the rolls are superb.

Where to Eat at LaGuardia 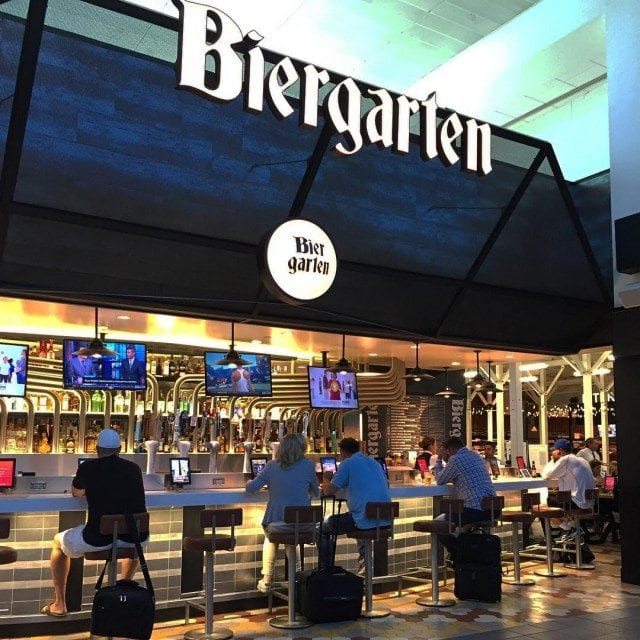 LaGuardia gets a bad rap for, well, everything. But its food scene has started to bring that around, at least in Terminals C. There, head to Cotto from pasta god Michael White. The nearby Biergarten from Brooklyn Brewery’s Garrett Oliver serves decent sausages with 25 beers on tap. For faster food, an outpost of Artichoke sells the same huge artisan slices that have made the Macdougal Street original so popular. Also speedy: Vuelo Taqueria, a casual take-and-go taqueria from Chopped’s Aaron Hernandez.

For flyers in other terminals, the options are more limited. There’s a Five Guys for fast burgers in Terminal B, but Terminal D’s main selling point is Wibar, with over a hundred wines by the glass.

Where to Eat at Newark Liberty 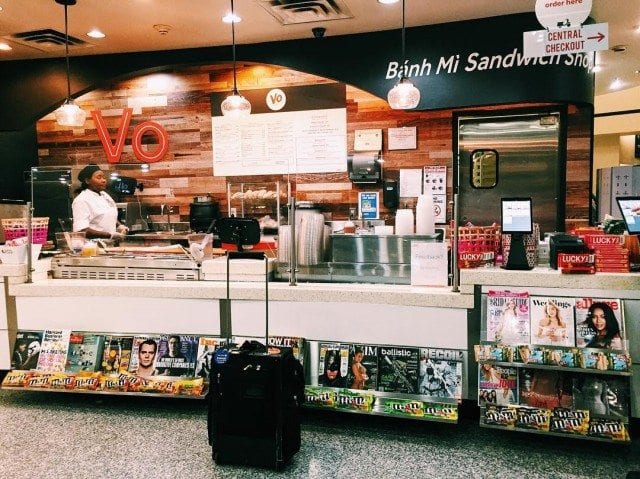 Like at LaGuardia, Terminal C is where you want to be when waiting for a flight at Newark Liberty. United just completed a $120 million renovation to update dining options at its hub. Head to Vo Banh Mi for the Vietnamese-style sandwiches from popular New York banh mi chain Num Pang. For a taste of Top Chef star Dale Talde’s cooking, Caps Beer Garden offers brews along with Talde’s Asian fusion food, including his signature wings. If you have time to spare, stop by Iron Chef winner Alex Guarnaschell’s Riviera for French staples like herb-roasted chicken and a quiche of the day.
You’ll be left with a Chili’s and a QDoba in terminals A and B. Either take the post-security shuttle bus between the terminals to improve your options or wait for your flight.