The 1990 blockbuster romcom Pretty Woman, with Julia Roberts, Richard Gere, is one of the most iconic films in American cinema history. And now, the rags to riches tale has found its way to Broadway, in a new musical. The Knick team went to a recent performance to see how the stage version compares to its onscreen counterpart.

True to the Original

Unlike other screen-to-stage musicals that have drifted slightly from their source material, like Mean Girls or Anastasia, Pretty Woman stays remarkably close to the film. Apart from the songs, there isn’t much new, making the show a rousing nostalgia piece. Edward Lewis, a high-profile businessman visiting Los Angeles gets lost and asks for directions from Vivian Ward,  a gutsy but down-on-her-luck prostitute working Hollywood Boulevard. Instant chemistry ensues, and she accompanies him back to his suite at the Beverly Wilshire Hotel, not just for the night, but for the whole week. Supporting the two leads are Vivian’s hilarious roommate and mentor of sorts Kit de Luca, along with Philip Stuckey, Edward’s lawyer pushing him to land a big buyout deal. Can Vivian help Edward see there’s more to life than money? And can Edward help Vivian leave the dangerous world of prostitution behind? The answer to both, of course, is yes. 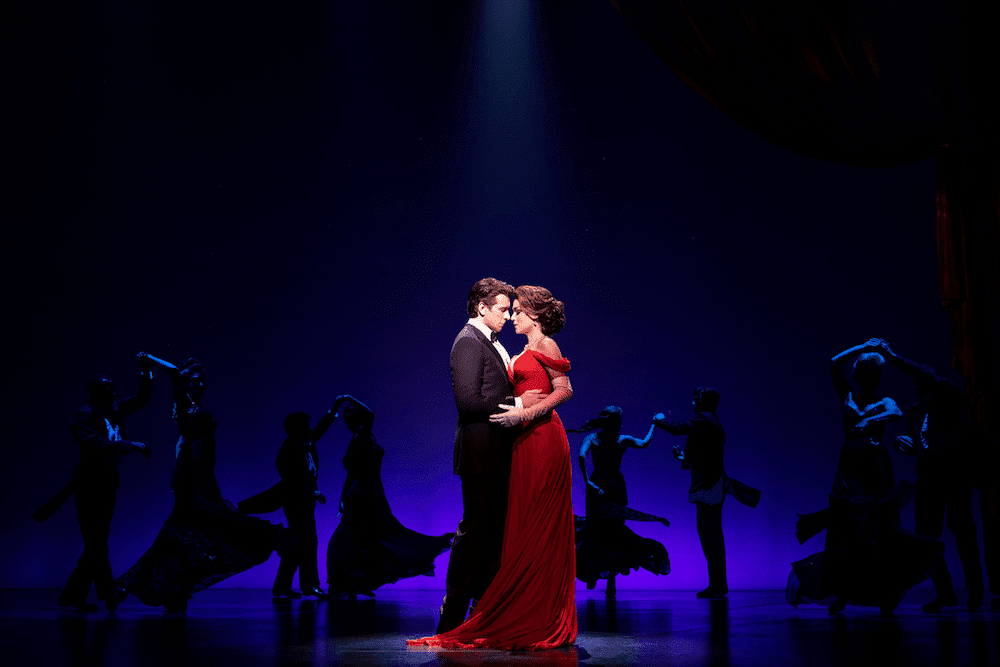 The film solidified Julia Roberts as a Hollywood A-Lister, and now, the musical makes a fine showpiece for its cast’s impressive talents. Samantha Barks is a flawless Vivian, with impressive vocals, hilarious timing, and a strut-your-stuff attitude. Audiences will recognize Barks from the film version of Les Mis, in which she turned heads with an award-warning turn as Éponine. And as Edward, Andy Karl shows once again he makes a great leading man (you’ve seen him in Groundhog Day, On the Twentieth Century, Legally Blonde, Wicked, and Jersey Boys). Karl’s real-time wife, Orfeh, steals the spotlight when she’s onstage as vivacious Kit. Thankfully, the show’s creative team realized Kit deserved songs of her own, giving Orfeh—a Tony nominee for her role as Paulette in Legally Blonde—time to truly shine. Broadway pros Jason Danieley and Eric Anderson play Stuckey and hotel manager Mr. Thompson respectively. (On the night of our performance, understudy Matthew Stocke did a fantastic job standing in for Danieley.)

As hotel lovers, we loved seeing the legendary Beverly Wilshire Hotel brought to life on stage. Edward’s suite is suitably impressive, and yes, there is a bathtub. LA’s gritty Hollywood Boulevard, too, is a feast for the eyes, with glittering lights and multilevel apartment buildings.

We admit it: the songs are not all that memorable. Did we care? Not at all. And neither did the rest of the audience. Fans of the film—and there are legions of them—have been flocking nightly to see this blast from the past and to enjoy a carefree evening of fairytale bliss. Indeed, Pretty Woman is one of the hottest tickets to score in town. Since opening, it’s been playing to sold-out crowds and ranking near the top of weekly Broadway grosses. We loved it, and it’d be a big mistake to miss it.