In 1986, Andrew Lloyd Webber’s Phantom of the Opera, opened in London’s West End. Two years later, it opened in New York, virtually sweeping the Tonys and becoming Broadway’s hottest ticket. Three decades later, the musical is still one of the top shows in town, regularly pulling in more than $1 million a week. What’s the enduring appeal? The Knick team attended a recent performance of the classic show to find out.

Phantom is nostalgic for a few reasons. Subject-wise, the entire show is presented as one Parisian aristocrat’s (Raoul’s) memory of events that occurred decades ago at the Paris Opera in the 1880s, when he was a young man. A chorus girl Christine Daaé, must replace the prima donna Carlotta as the lead soprano when Carlotta refuses to perform—furious at the theater’s new managers for failing to control the antics of a mysterious “phantom” who torments the opera house. Onstage, Christine catches the attention of Raoul, who’s attending the performance, and he recognizes her as his childhood friend. They reconnect, but it’s soon made clear to the audience that her angelic voice owes much of its perfection to the phantom. Lots of drama ensues as young Raoul, the entire opera company, and of course the Phantom himself, become entangled in a power struggle for control over the opera house—and Christine.

Welcome to the 80s 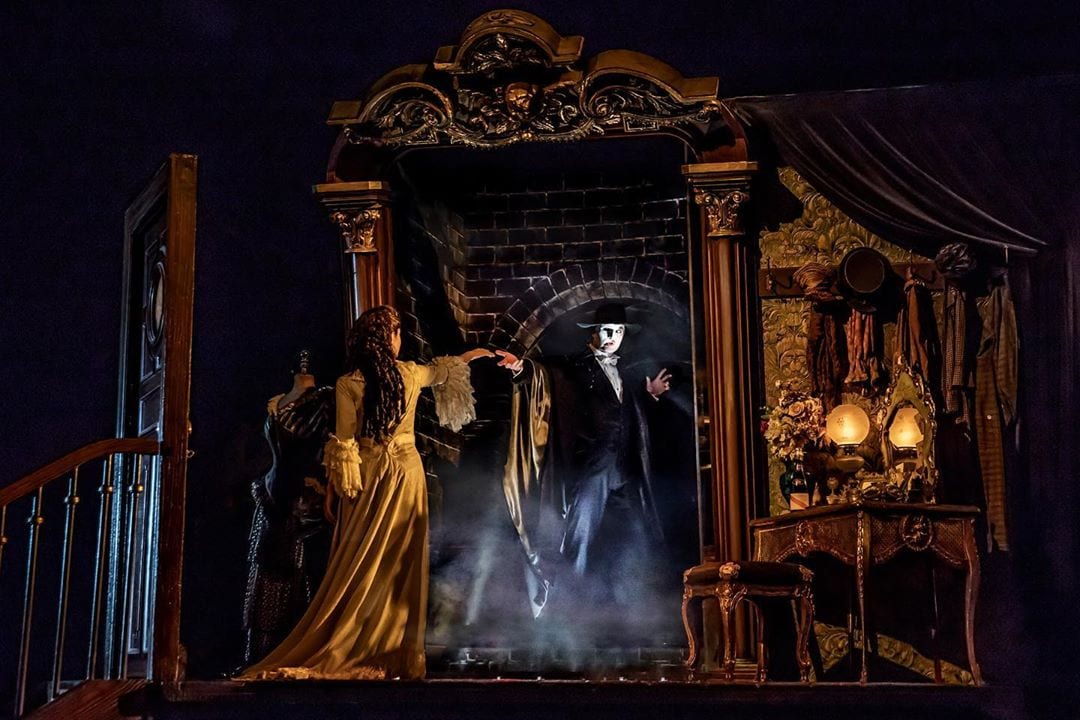 But the show’s nostalgia comes from more than Raoul’s memory. Andrew Lloyd Webber’s masterpiece is entirely a product of its time. It’s a flashback, not so much to the 1880s when it takes place, but to the 1980s when it was created. Big sets, big costumes, big songs (more on all that below). 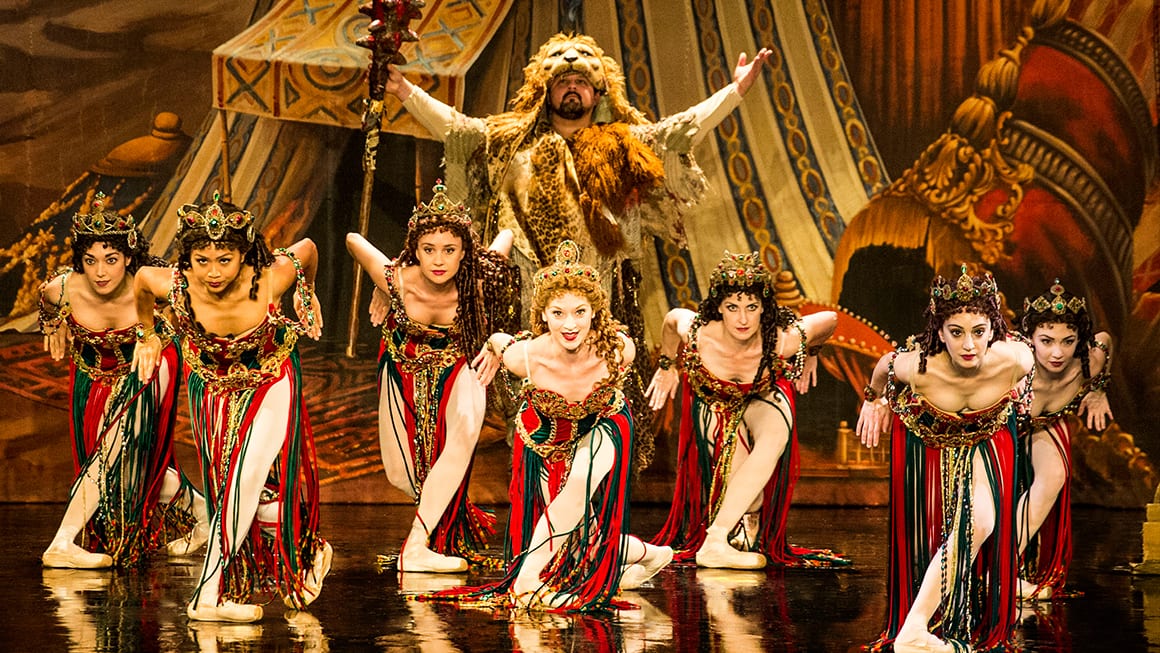 So many of today’s shows have embraced 21st century minimalism. Simple sets like at (our beloved) Come From Away. Subtle songs like at Tony darling The Band’s Visit. Phantom is a refreshing reminder that maximalism is alive and strong. The rich costuming—Christine’s various capes, Carlotta’s furs, the masquerade ballgowns—are a glorious tribute to Belle Epoque France. And the staging is dazzling. Only My Fair Lady‘s set can compare to the lushness on view here, with a gilded proscenium, velvet curtains, crystal chandelier, mansard rooftop, and iron-clad catacombs.

It’s About the Melody

Can anyone compete with Andrew Lloyd Webber in the melody department? Phantom‘s songs are, quite simply, gorgeous…And catchy. The oh-so-harmonious “Music of the Night,” “All I Ask of You,” “Wishing You Were Somehow Here Again,” and “Angel of Music” all compete for most memorable, and we can’t help but adore them.

It’s What You Remember

To so many theatergoers, Phantom is one of the shows that got us interested in Broadway in the first place. Seeing it in its full glory and hearing songs you know by heart is just another trip down memory lane that still keeps audiences lining up outside the Majestic Theatre every night.