Falling for NYC in the Fall

Crisp, cool air, gold leaves fluttering along sidewalks, a freshness as the heat of summer fades away — even as Fall signals cold weather ahead, it breathes new life into the city. And as any good New Yorker will tell you, life here becomes more beautiful than ever in the weeks between September and December. Here are the Knickerbocker’s top suggestions for taking it all in.

GUIDE TO NYC IN THE FALL 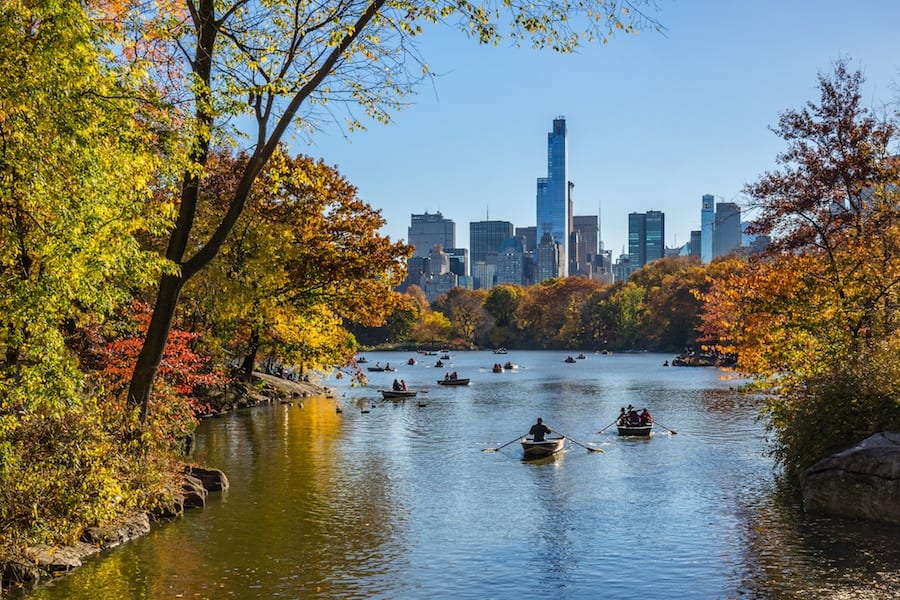 The best place of course for leaf-peeping is Central Park. There are many ways to enjoy the delights of Fall in and near the park. One way is to simply stroll up the East Side on your way to the Met. Stop for an espresso at the old world Via Quadronno and take in the Met’s rooftop sculpture garden. A similar stroll on the West Side is just as pleasant, with the New York Historical Society as your destination. There you can see Audubon’s Birds of America exhibit. But the best place to experience the wonders of fall — and get some iconic shots — is at the Mall, which runs in the middle of the park between 66th and 72nd streets. This formal promenade has one of the largest plantations of American elm trees in the country, which turn a stunning gold and form a canopy over the walkway during the first few weeks of fall. In peak season the park is rife with great viewing opportunities. Here is a list of favorites from the park’s own staff. 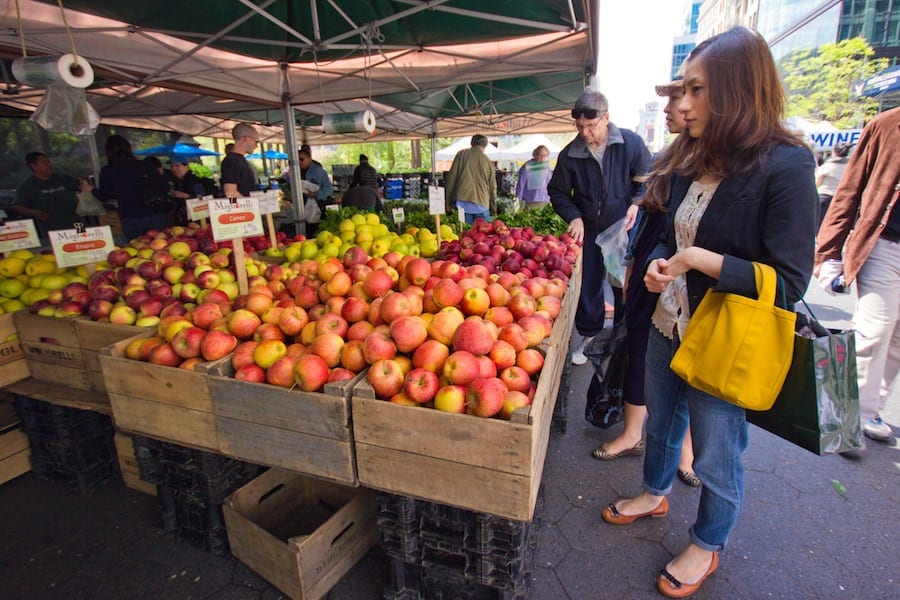 New York state grows more than 1 billion pounds of apples each year in more varieties than any other state. New Yorkers take advantage of apple-picking season from September through October with weekend trips up into the valley. But there are myriad ways to enjoy apple season in the city too. New York City Green Markets — the largest one is in Union Square — operate on most days throughout the city. In addition to the opportunity to sample tens of varieties, you can pick up some fresh, hot apple cider or cider doughnuts. Another option: visit one of the many bars and restaurants that celebrate locally-made hard cider. Some of the best are in Brooklyn, such as Brooklyn Cider House. But other standouts include Greenwich Village’s Murray’s Cheese Bar and Terroir Tribeca. 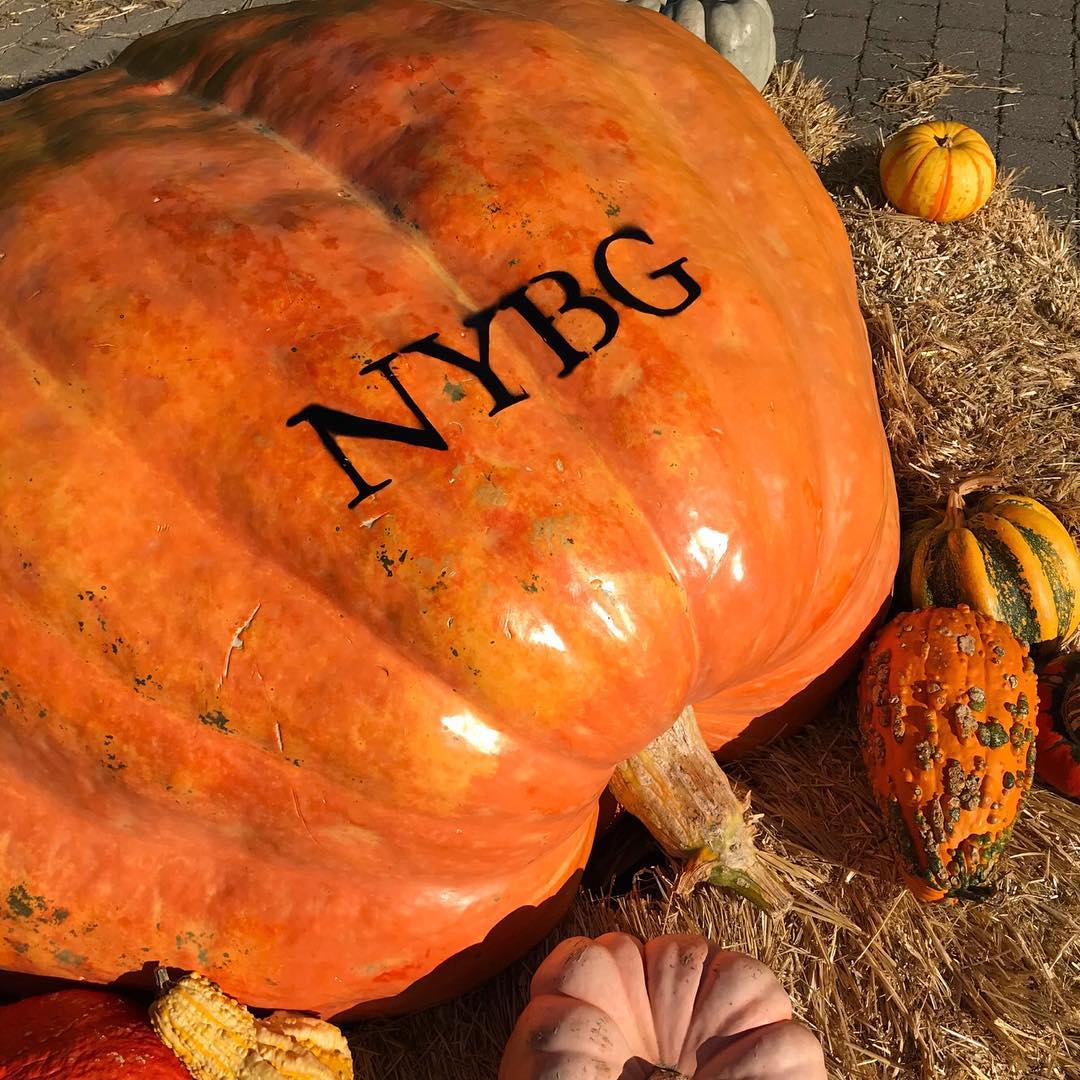 Pumpkin spice lattes, pumpkin pale ales, pumpkin breads and pies…the senses are inundated with harvest gourds in October. But nowhere does pumpkin better than the New York Botanical Garden, about 20 minutes north from Grand Central Terminal. Each year the botanical garden displays mind-blowing giant pumpkins, with some weighing in at more than 1000 pounds. This year, the park will put on a trick-or-treat event for guests in costumes on Spooky Pumpkin Nights, with nighttime walks through jack-o-lantern decorated forests. 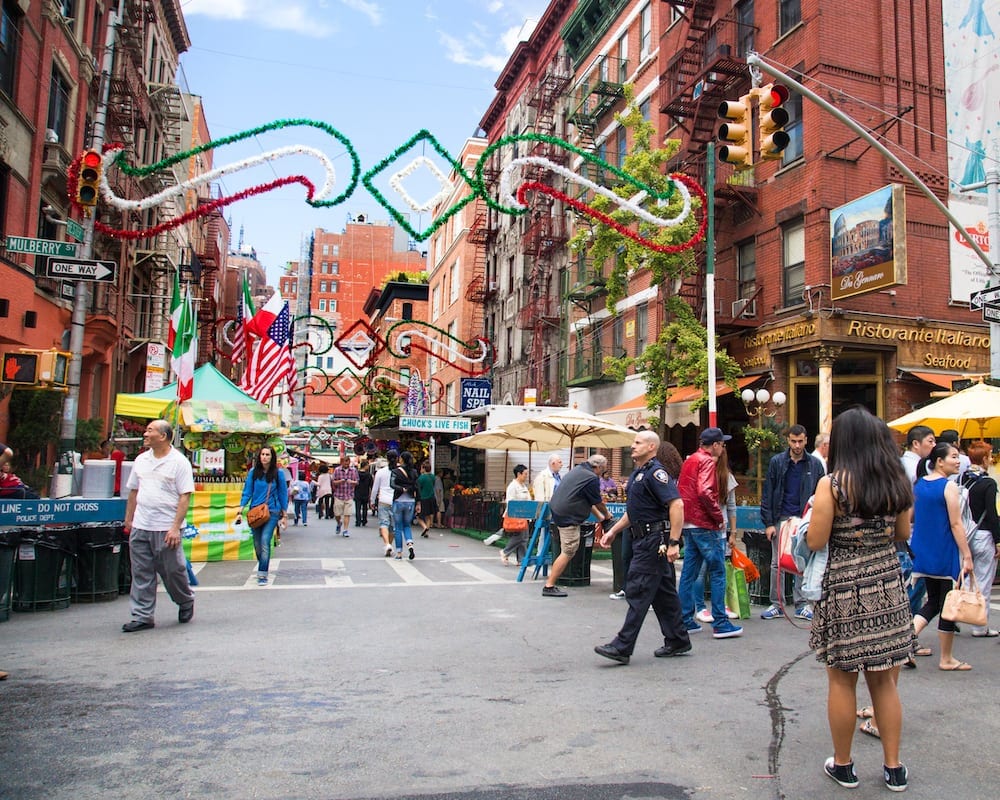 The West Village’s Halloween Parade, the NYC Marathon, and the Macy’s Day Thanksgiving Parade, are all major events to look forward to in the fall. The season is celebrated with events galore. Starting in late September, street fair season picks up too, with smaller events crossing avenues around the city, from Park Avenue to South Street Seaport. These Indian Summer days are the best time to walk the streets, filled with lively music and the scents of global foods grilling in the open air, when the heat has softened, and cooler breezes pick up. Along Mulberry Street in New York City’s Little Italy is perhaps the longest-running of these street fairs, celebrating the 92nd annual Feast of San Gennaro this year. 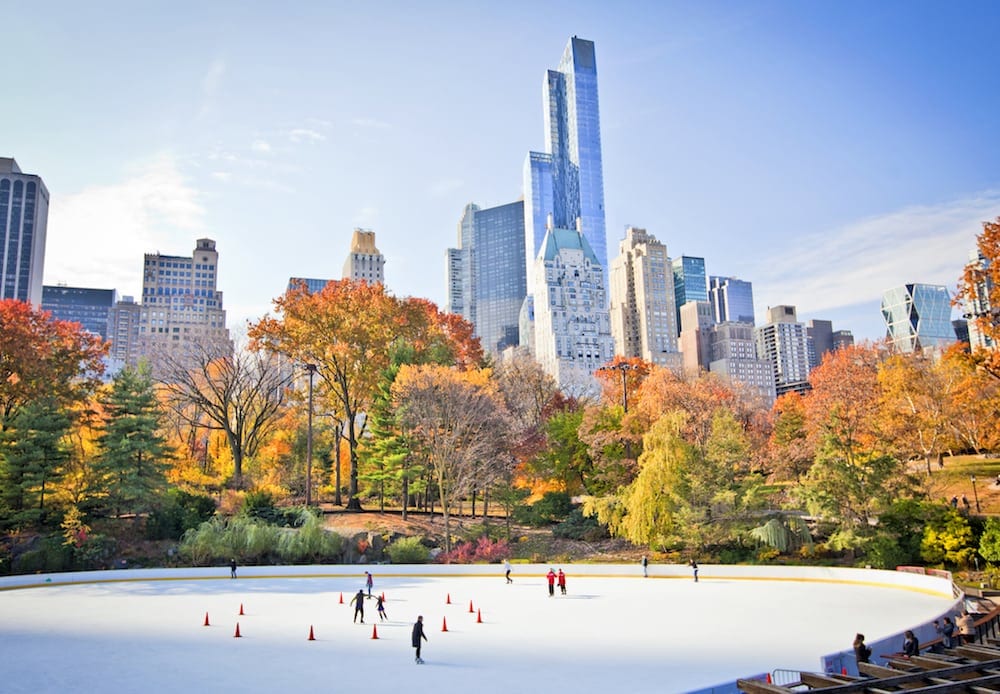 When the Rockefeller Center Rink reopens in October, it’s as if things just seem right again. There are many rinks located throughout the city, from Central Park to Prospect Park, but this one with its location just beneath the forthcoming tree, makes us all warm and fuzzy inside for the holidays.