Mean Girls on Broadway: So Fetch

In 2004, the world fell in love with Mean Girls, Tina Fey’s high school comedy about the price of popularity. The now cult-classic grossed $129 million, launched the careers of Rachel McAdams and Amanda Seyfried, and instantly joined the ranks of Sixteen Candles, Clueless, and Ferris Bueller’s Day Off for all-time favorite teen comedies. Now, Mean Girls has made its Broadway debut, giving fans an opportunity to rekindle their relationship with the junior girls of North Shore High—and sing about it, too. The Knick team went to a recent performance of Mean Girls to see whether the new musical is as fetch as the film.

Here’s what we loved about Mean Girls on Broadway.

The same mean girls (and a few nice ones too) 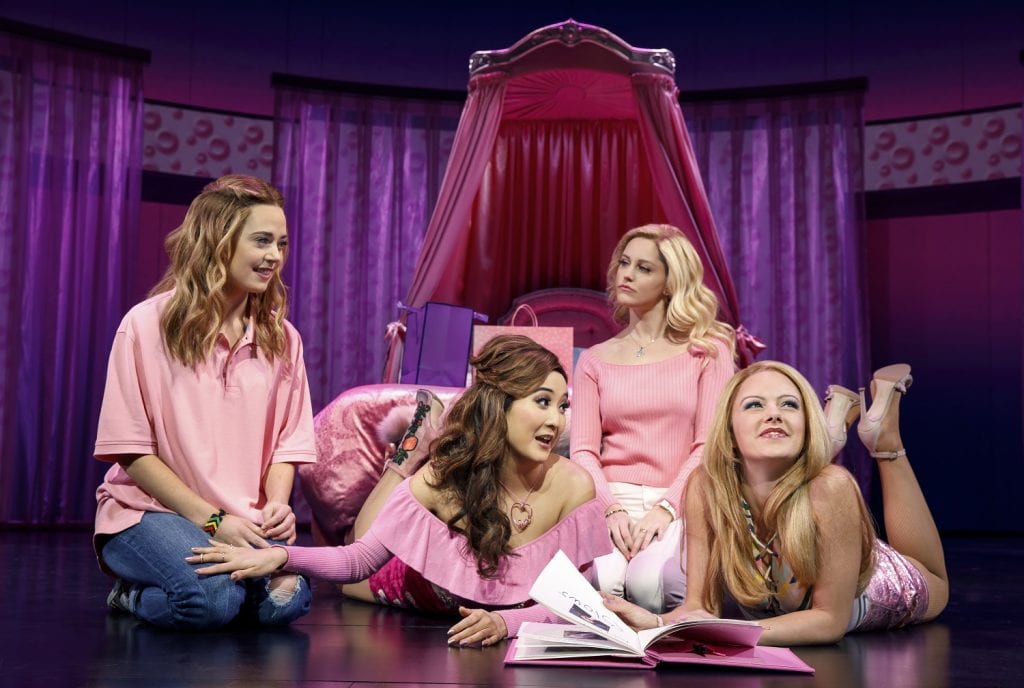 The gang is all here: Cady Heron, who moved to Chicago with her parents after being home-schooled in rural Kenya, is the new kid in Evanston, Illinois. Desperate for friends, she’s taken under the wing of quirky outcasts Janis and Damien. Then, in one of Broadway’s most epic entrances, she discovers the popular girls: dumb blonde Karen Smith, gossip maven Gretchen Wieners, and Regina George, the queen bee. The Plastics, as the trio of girls is called, run the school—and Cady earns a coveted invitation to be friends with them. Janis and Damien convince Cady to pretend to be a Plastic, in the hopes of sabotaging the group’s wicked ways. Cady’s masquerade as a popular girl goes surprisingly well, and soon it’s hard to tell whether she’s even pretending. Predictably, drama ensues.

Like in the film, protagonist Cady (played by Erika Henningsen) isn’t really the star of the show. The Plastics get more solo time combined, and appear on the Playbill cover without Cady. Henningson has a fantastic voice, to be sure, but Taylor Louderman’s Regina, Ashley Park’s Gretchen, and Kate Rockwell’s  Karen steal the spotlight. Park and Louderman both earned Tony noms for their stellar performances. (We really think Rockwell deserved one too: her performance as Karen is hysterical, and gets the most laughs out of the audience).

The Tony-nominated creative team deftly brings North Shore High to life with rolling desks and innovative video screens. Like in Anastasia, we were worried that the digital backdrops would be tacky, but they’re actually visually stunning, and perfectly fit the teen comedy vibes.

Mean Girls came out before iPhones and Instagram took over the social lives of high schoolers, and the musical makes it pointedly clear that it’s set in contemporary America, not 2004. Social media’s ubiquitous and damaging role is a constant theme in the show, which rails against cyber-bullying.

“On Wednesdays We Wear Pink”

As The Knick team lined up to enter the theater, we noticed that nearly half the audience had dressed in pink. It was a Wednesday evening, and everyone was following Karen’s famous wardrobe guideline. Mean Girls may have come out 14 years ago, but there is clearly no lack of demand to see its musical adaptation. The show sells out night after night, earning well over a million dollars per week. Why? Because it’s just so fetch. 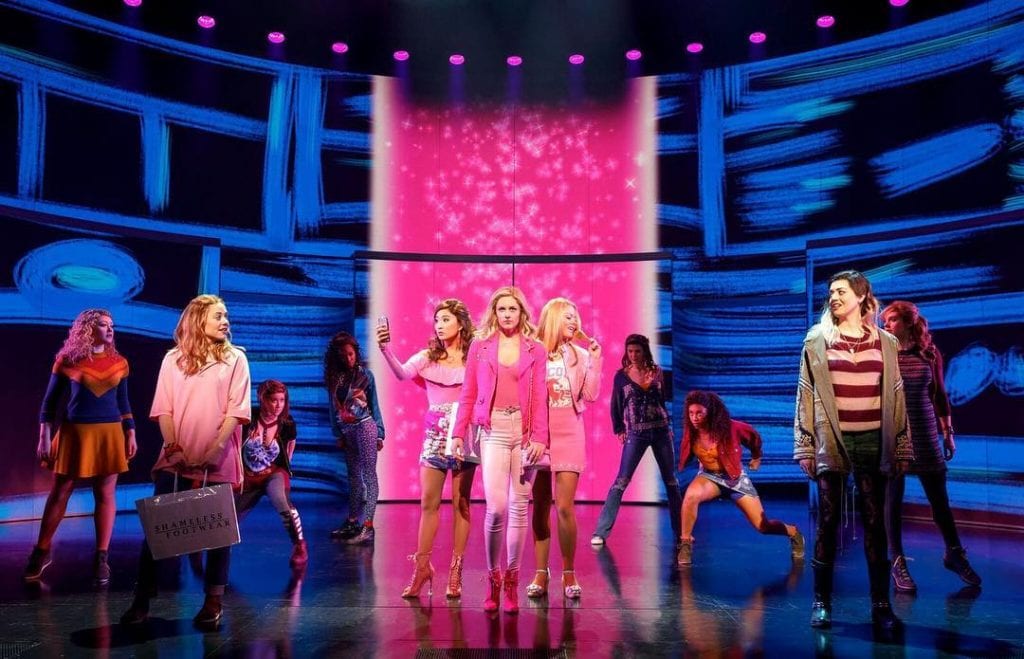 Discover the best of Broadway

Looking for the right show to see? Let The Knick be your guide. Check out our reviews of some of  Broadways biggest current hits, like Hamilton, Frozen, Come from Away, Once on This Island, The Band’s Visit, and more.