For nearly two decades, Madame Tussauds has been a hallmark of Times Square, drawing visitors to 42nd Street for its signature figure. Recently, The Knick team went to explore the legendary museum, eager to see one of the city’s most popular attractions. After picking up tickets, we ascended a grand staircase to a mezzanine level, where lifelike recreations of Taylor Swift and Justin Bieber greeted us. A few photo-ops later, we continued to the elevator, where an usher informed us that the experience would take around an hour and a half. We were shocked: ninety minutes for a few figures of celebrities? Flash forward two hours, and we left Madame Tussauds beaming. Here’s what we loved.

The self-guided tour starts on the top floor, home to contemporary A-listers (and a bar). Beverage in hand, we snapped pics with the likes of Sandra Bullock, Johnny Depp, Kris Jenner, Kim Kardashian West, Kate Winslet, Rupaul, and Connie Britton. We quickly realized how impressive the actual figures were. It can take four months for a team of up to 20 artisans to make these replications, which use beeswax and Japanese sumac wax and real hair. The total cost? A staggering $200,000-plus per figure. “My favorite part is the process itself,” explains Matt Hilshorst, studios manager at Madame Tussauds New York. “I love that working on the figures involves sculpting, styling, sewing, painting in acrylic and oil paint, hair insertion, and each portion of the process requires extreme attention to detail.” 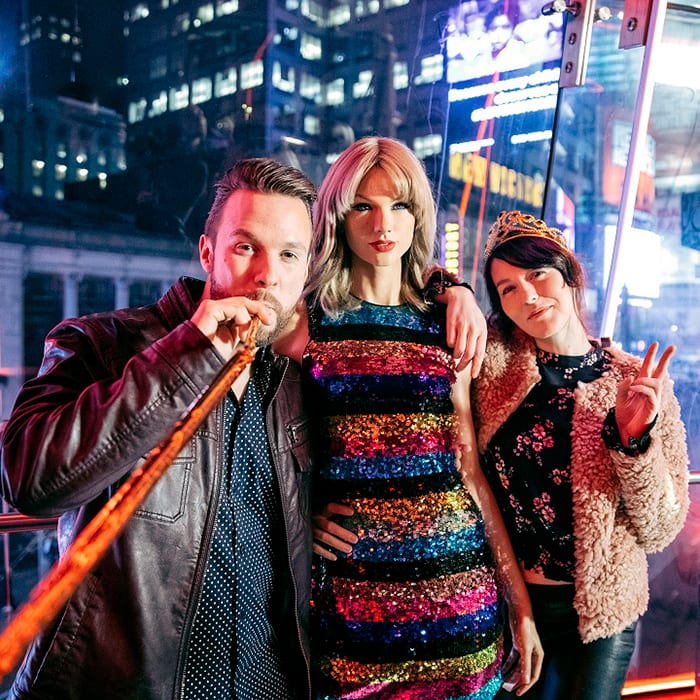 On that same level, we entered the magical world of Broadway, courtesy of a slew of figures from Andrew Lloyd Webber musicals, including Phantom of the Opera, Cats, and Sunset Boulevard—plus one of the maestro himself at the piano. There are also TV icons real and fictional, like Lucille Ball, Don Draper, Jimmy Fallon, and Al Roker. Nearby, cultural legends like Maya Angelou and Pablo Picasso and Albert Einstein. Then there are the political makers and shakers, including presidents and first ladies, Ghandi, Queen Elizabeth II, Prince William and the Duchess of Cambridge and George Washington. Further along the tour, King Kong’s Skull Island comes alive, as does the Marvel Universe. And near the end, sports, fashion and music icons—Babe Ruth, Anna Wintour, Rihanna—have their dedicated spaces as well. “I love when guests react as if they have just seen the real celebrity,” says Tom Middleton, Madame Tussauds New York’s general manager. “When a guest rounds corner, comes face to face with Justin Bieber and begins screaming hysterically…It happens more often than you might think.” 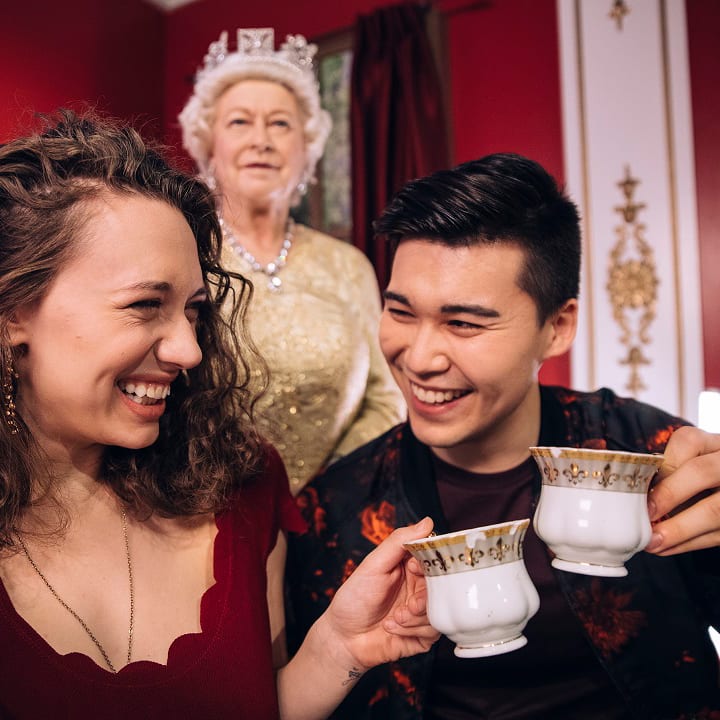 But it’s not just the figures we loved at Madame Tussauds. Throughout the 85,000-square-foot space, there are myriad options for interaction besides posing with your favorite stars.  Case in point: we weren’t at all prepared for the adrenaline rush from Mission Undead, “7-D” multi-sensory zombie apocalypse laser shoot-out, which is like living out a video game. A surprisingly challenging hall of mirrors and 4-D Marvel film experience that sends you soaring to save the world are two more standout moments we enjoyed.

Our final assessment: Pure fun! It’s a great rainy-day or cold-weather activity in the heart of Manhattan’s Theater District for travelers of all ages.

Be sure to visit the Madame Tussauds New York City website before your next visit, and check out our NYC Travel Guide for recommendations on where to eat and what to do here in New York.