What’s On at Lincoln Center

Lincoln Center is a beloved destination for New Yorkers. On the Upper West Side, it’s removed from the hubbub of the Theater District, and occupies a sprawling, 16-acre campus of Modernist architecture. And on any given night you’ll find three of the world’s leading cultural institutions performing in three of the world’s most striking theaters: the New York Ballet in the David H. Koch Theater, the New York Philharmonic in the David Geffen Hall, and the Metropolitan Opera in its eponymous opera house.

Plus, expansions and renovations have brought in new venues to the theater complex as well, including the Alice Tully Concert Hall and the Vivian Beaumont Theater for Broadway shows. (In all, there are a staggering 30 performance venues at Lincoln Center.) The main takeaway? While we’re constantly tapped into what’s going on in the Theater District, we still look towards the Uptown theater complex as another option for a perfect cultural night out in New York. Here, we break down what’s happening during Lincoln Center’s 2018-2019 season. 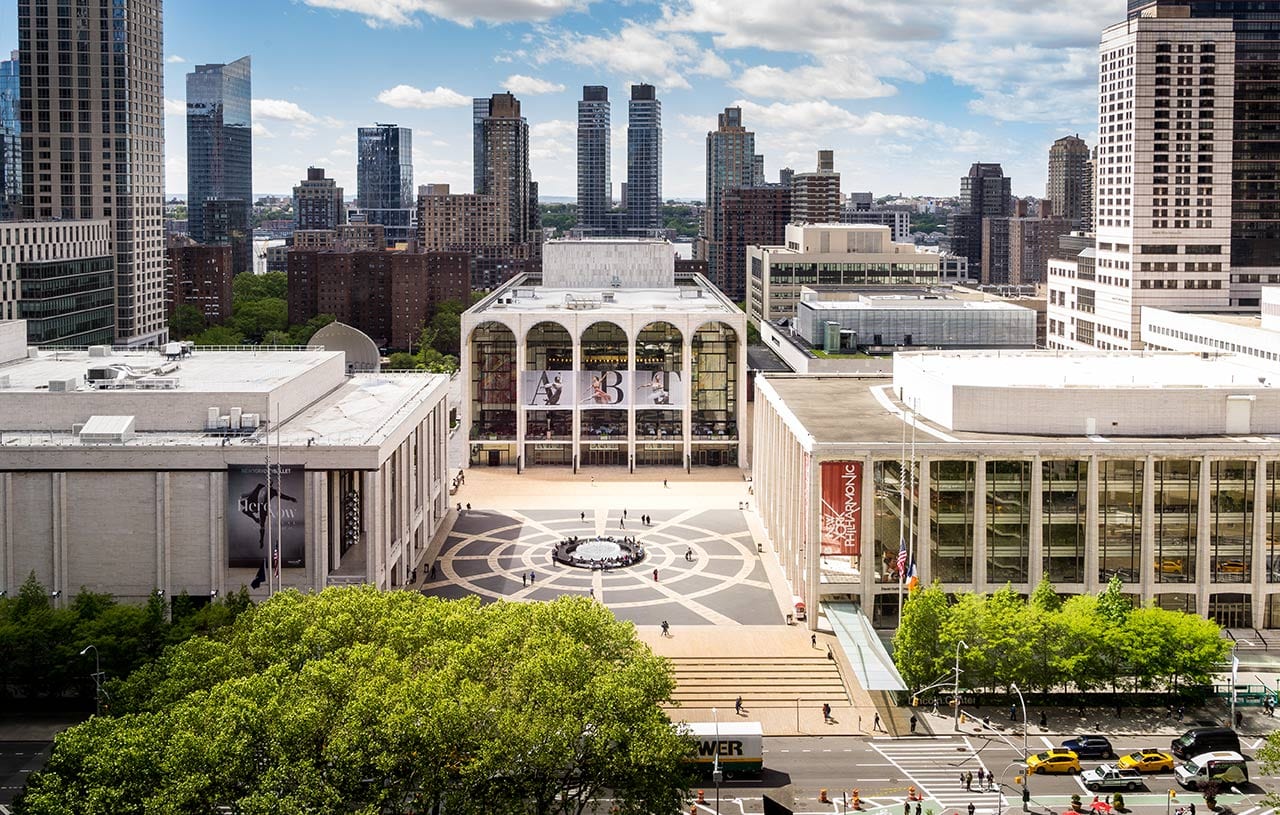 The Metropolitan Opera is one of the premier opera institutions in the world, regularly staging both groundbreaking contemporary productions and timeless classics. This season, renowned conductor Yannick Nézet-Séguin is making his debut as the Met Opera’s Music Director, and he’s gone for a bold start, with new productions of Samson et Delila, La Traviata, Marnie, and Adriana Lecouvreur, alongside perennial Met favorites like Carmen, Otello, The Magic Flute, and Les Pêcheurs de Perles, among others. Find tickets here.

There’s a new face in David Geffen Hall as well, with Jaap van Zweden becoming the New York Philharmonic’s 26th Music Director. “This season is a celebration of groundbreaking music, both new and classic,” said van Zweden in announcing the programming. “And in these turbulent times, powerful music is needed more than ever.” Anchoring the calendar are three initiatives: Music of Conscience, exploring how composers have responded to the social issues of their time; New York Stories: Threads of Our City, highlighting musical expression of the immigrant experience in NYC; and contemporary music from Dutch composer Louis Andriessen. Sprinkled throughout the season will be works from Mozart, Brahms, Stravinsky, Mahler and other major composers of the canon. Find tickets here.

New York Ballet is celebrating its 70th anniversary with a packed season of dancing. It’s hosting the world premieres of six new productions in its 2018-2019 season, including two come from star resident choreographer Justin Peck, four from choreographers making their New York Ballet debuts, and one from Gianna Reisen. Alongside these new works, expect plenty of familiar favorites, such as The Sleeping Beauty and George Balanchine’s The Nutcracker over the Holidays (from November 23 to December 30).  Find tickets here.

Broadway fanatics have been flocking to Lincoln Center for months to see My Fair Lady. Bartlett Sher directed the gorgeously lush production, which opened with Lauren Ambrose as Eliza, Harry Hadden-Paton as Professor Higgins, and Dianna Rigg (Lady Olenna for Game of Thrones fans) as Mrs. Higgins. Now, Rosemary Harris is Mrs. Higgins, and Laura Benanti is set to join as Eliza, and we cannot wait. (We recently saw her opposite Amy Schumer in Meteor Shower.)

And this fall, Jeff Daniels is leading a new, searing production of To Kill a Mockingbird, and The Hard Problem, a new play from Tom Stoppard. Find tickets here.

That is just the surface of concerts, events, and shows at Lincoln Center. Learn more here.