John Jacob Astor IV and the Birth of the Knickerbocker Hotel

John Jacob Astor IV, the visionary and creator of the Knickerbocker Hotel, was one of the most famous men of the era. By the time of the hotel’s grand opening in 1906, Astor had already written a novel, fought in a war, married and fathered two children, opened another famous New York City hotel and founded a company with famed inventor Nikola Tesla. Still, he had yet to accomplish what many have called his greatest achievement: build the greatest and most talked-about hotel in NYC, that catered to the most famous (and infamous) members of international high-society. This all changed on October 23, 1906, when the Knickerbocker Hotel opened its doors to incomparable fanfare.

Born into what was already one of the most prominent families in the United States, John Jacob Astor IV was the youngest of five and the only son of businessman William Backhouse Astor Jr. and socialite Caroline Webster Schermerhorn. Although his uncle was John Jacob Astor III, William was the patriarch of the American line of male Astors. A graduate of Harvard University, Jack (as he was commonly known by family and friends), followed in his father’s footsteps, making millions in real estate, which led to his opening of the Astoria Hotel in 1897. He also had a creative side, penning a science-fiction novel in 1894 titled A Journey in Other Worlds, and was also notable inventor with multiple patents. An avowed patriot, Astor served as a lieutenant colonel in the Spanish-American War, financing an artillery unit that became known as the “Astor Battery”, and even donating his personal yacht for military use.

After the war, Jack founded the original Tesla Motor Company with Nikola Tesla, and was named director of the board. Additionally, he renovated and greatly expanded Ferncliff, the Astor family estate where he was born, adding a bowling alley, indoor tennis courts, a shooting range, and the first residential indoor swimming pool in the country. The estate, which is still standing, most recently hosted the wedding of Chelsea Clinton in 2010. He also financed and built the Astoria Hotel (later merged with the adjoining Waldorf Hotel to form the original Waldorf=Astoria Hotel), as well as the St. Regis Hotel. His career as a hotelier, however, wasn’t yet complete.

Originally begun on land owned by Astor in 1904, construction had floundered on the Knickerbocker Hotel by 1905. Astor took over complete control himself, and the hotel was completed in 1906. His dreams of an ultimate NYC meeting place at the “crossroads of the world”, where intelligentsia, political leaders and celebrities could gather for lavish meals and parties were realized, and the “42nd Street Country Club” took off. The hotel welcomed guests such as famed tenor Enrico Caruso, writer F. Scott Fitzgerald and business magnate John D. Rockefeller. The martini was rumored to have been created at the Knick, and the interior was famous for Maxfield Parrish’s painting Old King Cole, which hung behind the bar, along with artistic contributions from Frederic Remington, Frederick MacMonnies and James Wall Finn.

After his untimely death aboard the RMS Titanic in April 1912, the hotel continued to operate under control of his son, Vincent Astor, until closing its doors in 1920. Some claim that mismanagement was to blame, and others pointed the finger at prohibition, enacted the year before. Regardless of the reason, the rebirth of the Knickerbocker Hotel is a rechanneling of John Jacob Astor IV’s vision, continuing his vision of running the greatest hotel in the world. That is why we consider Jack to be the first Knickerbocker Curator, and a continuing influence on all that goes into running our legendary luxury hotel. 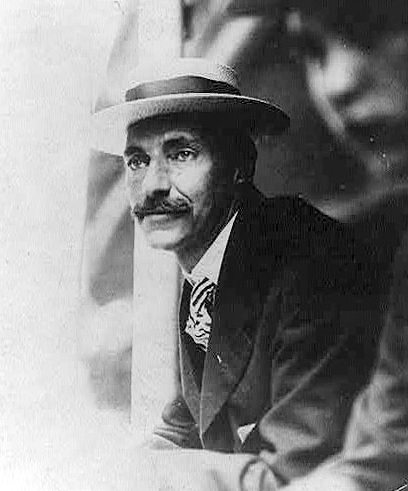