You’ll Want to Go to Hadestown On Broadway

Gods, heroes and mortals walk into a New Orleans bar. So goes Broadway’s latest hit musical, Hadestown, which presents a breathtaking retelling of two myths from Ancient Greece. And if the premise sounds silly, the effect isn’t. The Knick team went to a recent performance at the gilded Walter Kerr Theater, and left in a rare, sublime state of euphoria. Here’s what we loved about Hadestown on Broadway. 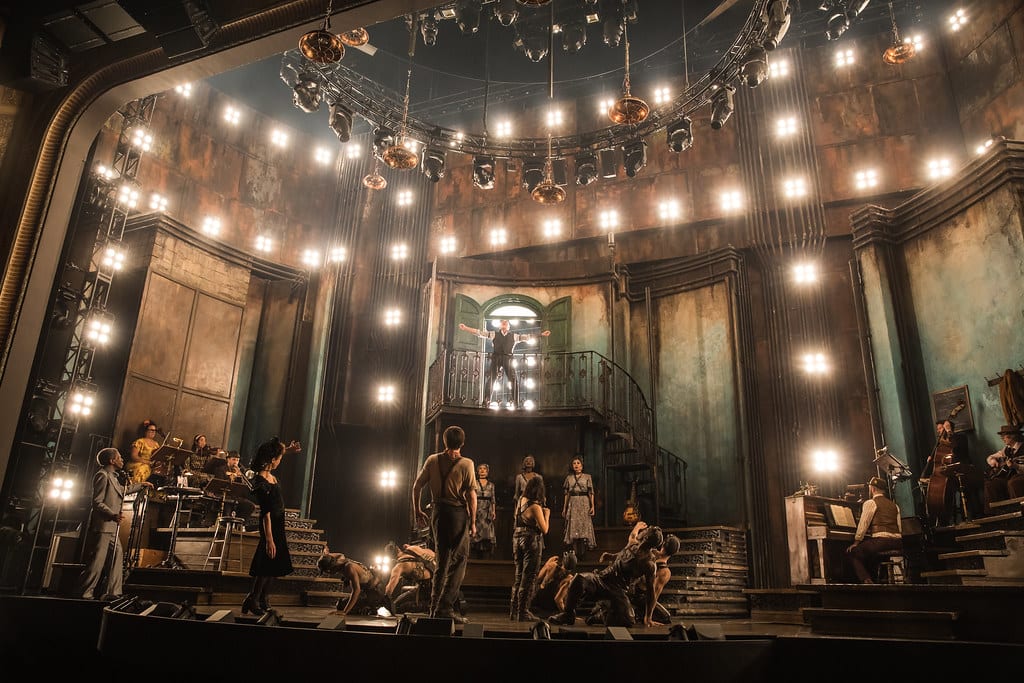 Two Greek Epics in One

Hadestown combines two of Ancient Greece’s most enthralling myths centered on the underworld realm of Hades.

In this retelling, the climate is off-kilter: Hades and Persephone, whose marriage helps control the yearly passing of the seasons, are sparring. Hades is jealous of his wife’s annual dalliances “up top,” and has been working on ways to keep her “down below” with him. In the cold of winter, Orpheus, a poor, musically-gifted mortal, is working on a song that he hopes will help restore spring. Eurydice, just as poor but more a realist, falls in love with Orpheus despite (or perhaps because) of his carefree ways. During a fierce storm, freezing and starving, Eurydice is wooed by Hades into the underworld. Orpheus, so focused on his song, can’t hear her pleas for help. The three Fates are present as well, explaining the choices and fears that shape mortals’ destinies. And Hermes is there, too, acting as a narrator—fitting for the messenger of the gods.

Can Orpheus rescue Eurydice? Can Persephone and Hades make amends? Fans of the Classics will know the answer, but even knowing the outcome doesn’t spoil the magic—or message—of Hadestown. 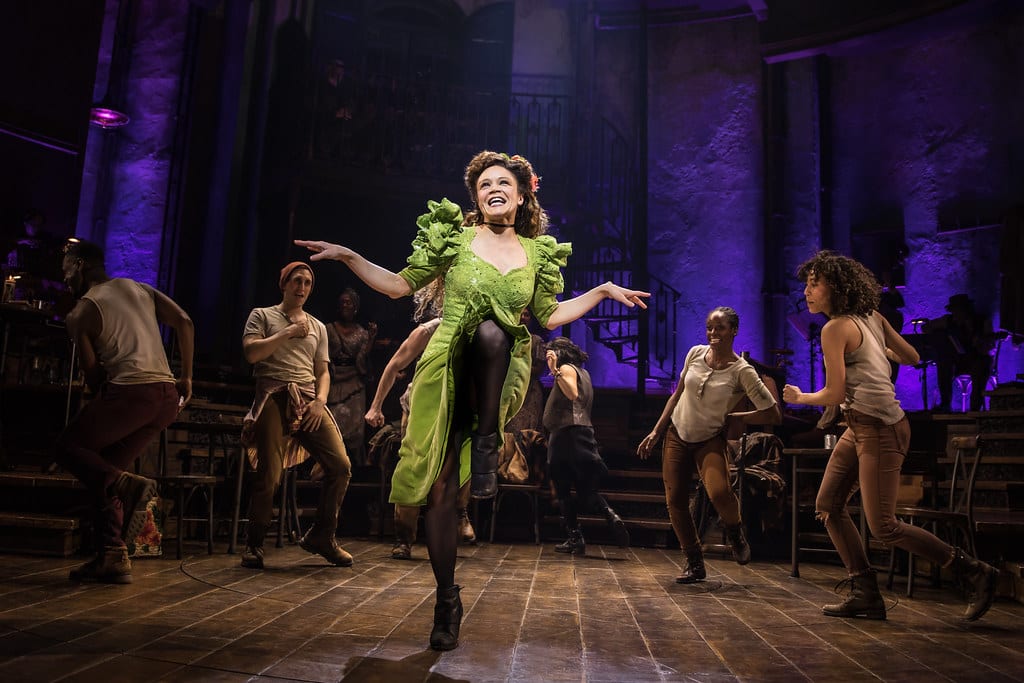 Director Rachel Chavkin (of the resplendent Great Comet) has crafted a stunning production, including phenomenal onstage talent. Orpheus is played by Reeve Carney, who you’ve seen as Dorian Gray on Showtime’s “Penny Dreadful,” or in the title role of Broadway’s short-lived Spider-Man: Turn Off the Dark. He’s got such a gorgeous tenor voice that it’s impossible to doubt his character’s claim that his singing will impress the gods. At the opposite end of the vocal spectrum is Broadway legend Patrick Page as Hades, with a booming bass voice. Eva Noblezada, nominated for a Tony for her starring role in the recent revival of Miss Saigon, brings feistiness and grit to her Eurydice, while Amber Gray, one of our favorite performers from Great Comet, once again steals the stage whenever she’s singing, now as the equally feisty Persephone. And André de Shields makes a fabulous Hermes, gliding around stage  in a silver suit. The two-time Tony nominee is known for Ain’t Misbehavin, Play On! and The Full Monty.  In their Broadway debuts, Jewelle Blackman, Yvette Gonzalez-Nacer and Ka Trinidad form a delightful, harmonizing trio as the Fates.

A Phenomenal Retelling and Resetting 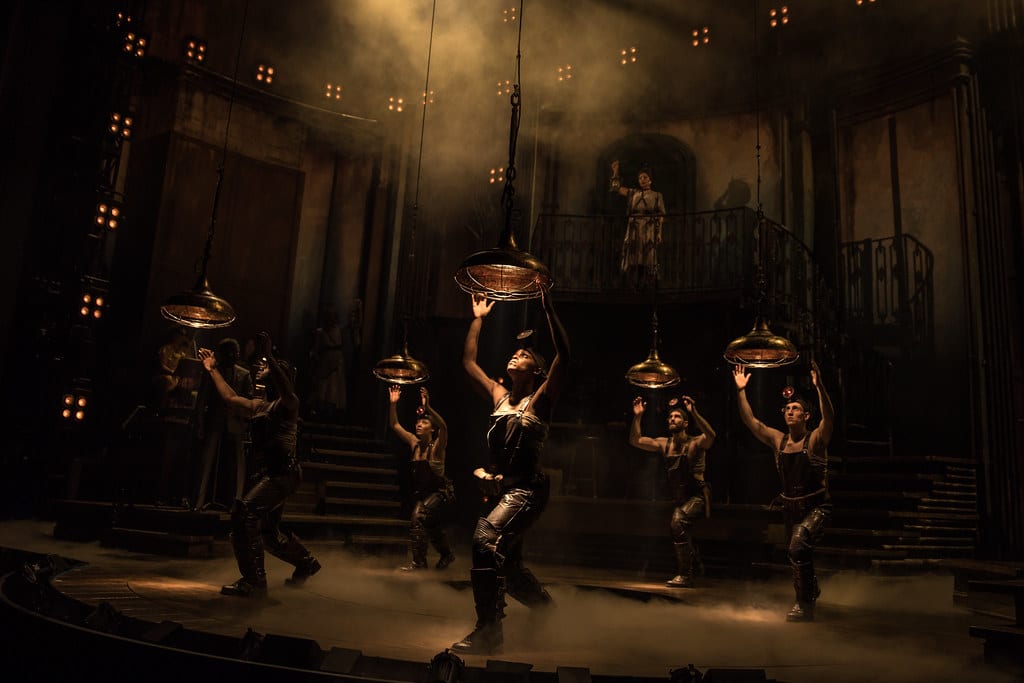 The tale is ancient, but the setting looks more like Depression-era New Orleans, in some jazzy basement bar and, for the underworld, a sweaty factory furnace room. The music, too, is hypnotic. With gorgeous arias, raspy folk tunes, poppy shanties and jazz, the soundtrack is mesmerizing—we’ve been listening (to an earlier, pre-Broadway production album) on repeat for days. Part of what makes this ancient tale feel so new are the timely themes: Hades wants to “build a wall to keep us free,” for example, plus the constant fear of climate change. None of it is in your face. None of it feels gratuitous.

One of the most intriguing aspects of Greek mythology is the complicated, and entirely human-like behaviors of immortals. This plays out on stage in Hadestown, to great effect.

Looking for the right show to see? Let The Knick be your guide. Check out our reviews of some of  Broadways biggest current hits, like Burn This, Hamilton, Frozen, Come from Away, Mean Girls, and more.