Long considered merely a tourist trap, Midtown has in recent years stepped up its culinary game, becoming a restaurant destination for visitors and locals alike. Here, we’ve chosen the best fine dining restaurants in the neighborhood, from a new bastion of haute French cooking to a legendary sushi spot. 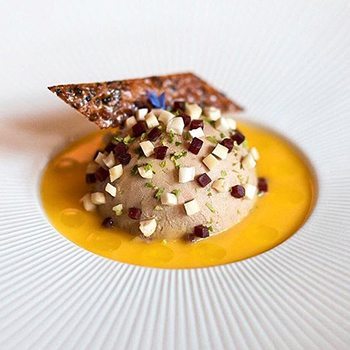 Backstory: Chef Gabriel Kreuther left a Michelin-starred run at MoMA’s the Modern to open his own restaurant this summer, inside the Grace Building overlooking Bryant Park. Tall ceilings, warm colors and impeccably trained staff make for a grand affair, as does Kreuther’s food, which reflects his Alsatian heritage.

What to order: Kreuther is a genius with foie gras, so don’t pass on the foie gras terrine or the squab and foie gras croustillant. The former comes with a refreshing base of cantaloupe sauce and a smattering of miniscule prosciutto cubes (pictured above); the latter, with seasonal vegetables and a warming bay leaf jus. Prix fixe for $115. 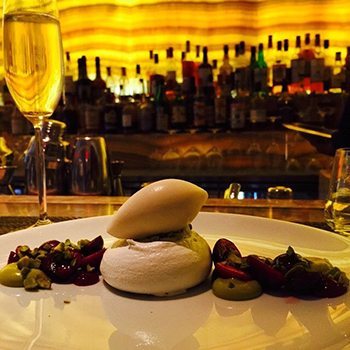 Backstory: Opened by pasta master Michael White in 2009, Marea serves Italian seafood to the well-heeled set on Central Park South. The white-walled dining room with Egyptian onyx walls and Indonesian rosewood floors set the stage for some of the best fish in town. 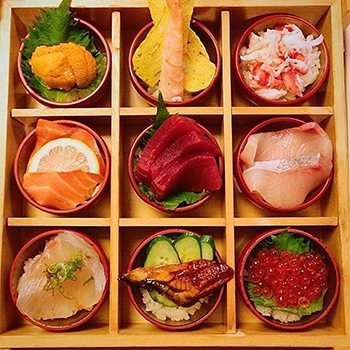 Backstory: Hatsuhana opened its doors in 1976, making it something of a legend in this city of constant turnover, and intense sushi competition. Minimalist Japanese design lets diners focus on the main attraction: the food.

What to order: Always go with what the chefs say. Sit at the bar and order their picks of the day, usually accompanied by facts about where the fish came from. Prix fixe dinner for $28.

The All-American: Charlie Palmer at the Knick 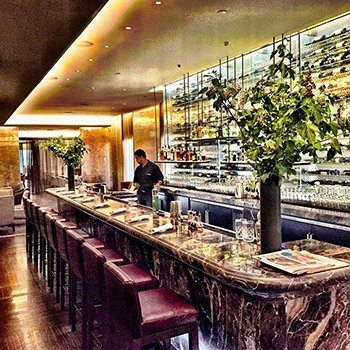 Backstory: Charlie Palmer has practiced farm-to-table cooking since 1988, when he opened Aureole, which has remained a Michelin darling for ten consecutive years. Last year, he opened a restaurant here at the Knick, and it’s quickly become a neighborhood favorite. On the fourth floor of the hotel, overlooking Times Square, Charlie Palmer at the Knick is a tasteful respite from the bustle below.

What to order: Chef Palmer and Executive Chef Cliff Denny serve a mean short rib, with delicate buttered potatoes, but save room for dessert: the “Mont Blanc” is a must-have tower of vanilla genoise and crème de cassis. Dinner from $45 per person.
Photo by @carlosmeliablog.